How did you survive? Jews in Dominican Republic 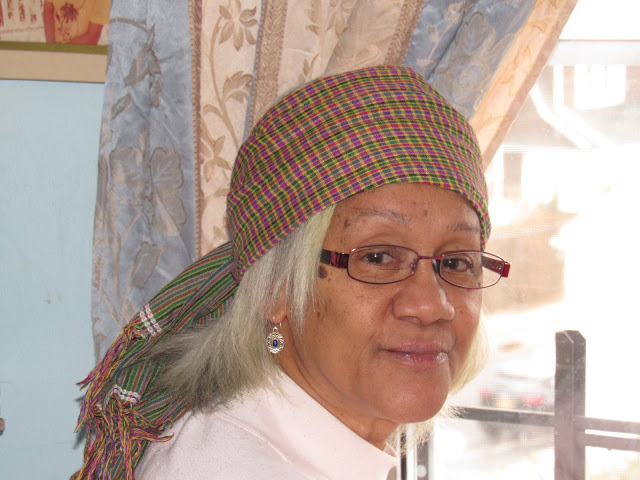 
Pedro Henriquez Ureña one of the four children of the Dominican poet Salome Ureña de Henríquez, married with Francisco Henríquez y Carvajal a descendant of Sephardi Jews from Curazao, an island, where the Sephardi utilized as an escape route from the inquisition among other islands such as Barbados, Sint Eustatius, Saint Thomas, and Jamaica.
Pedro's Father, Francisco Henríquez y Carvajal, was the Sephardi president of Dominican Republic during the American military occupation of DR in 1916.

If I could I ask something to one of these the ancestors, these protagonists of this long and painful history, I would ask the paternal grandmother of Pedro Henríquez Ureña, a descendant of the last “Taino” or native people who stayed in the conceded dominion of the “Taino” rebel Enriquillo (indigenous warrior who fought against the conquistadors).
My question to Pedro's Grandmother would be: How did you survive? How did you survive and what was the best way to tell your story?
I try to discover it when I close my eyes and I remember my two the grandmothers making small candles or sitting on the floor mourning for some lost family in other lands.
There are traditions and customs with ancestral origin.
When there is a trip or voyage to distant lands, there is a tradition of “el pañuelito” (the small cloth) with earth and spices when one will travel far away. This custom came to me from the hand of my mother. That "chin-chin" (or little bit) of land tucked in this small cloth from the neighborhood of origin, or the town where one was born, or where our ancestors come from. That tradition is Jewish.
Many surnames of people from the Dominican Republic have Sephardi origin.
According to Jewish history or precept when a surname is registered in the list of penitents of the “Holy Order” of the inquisition, that means that those surnames are Jewish or this surname has been extracted from the Jewish Census or other sources indicate this surname is Jewish.
Examples of Dominican surnames of Sephardi origin include: Curiel, Cohen, Ventoura, Ventura,Ventos,Venturo, Pessoa,Velazquez, Vega, Vita, Villar, Duarte, Villanueva, Viveros , Abreu, Grullón, Alvarez, Albarez, Pardo, Pena, Olivarez, Henríquez, Luna, Susana, Diez, Suárez, Simone, Saul, Santos, Saragoza, León, Simó, Sion, Espinoza, Tobías, “Ben Torah”, Bentura, buenaventura,Torres, Toro, Marchena, Rosi, Rosario, Rubín, Roca, Rivera, Ríos, Rodríguez. Quintana, Medina, Pérez, Prieto, Prado, Prat, Portillo, Pimentel, Pina, Pineda, Olivar y Olibares, Negro, Negron, Noble, Nieto, Noguera, Montesino, Lopez-Pena, Moreno. Even the founding father of the Dominican Republic Juan Pablo Duarte is of Sephardi origin.
There was a synagogue called "Israelite Congregation" and that had its rabbi from 1894, his name was Rafael Curiel. (16 abr. 1853 – 7 mar.1895)
Historic records show the oldest tomb of a Sephardi Dominican Jew was Jacob Pardo, buried in the Cemetery in the Ciudad Nueva Neighborhood, previously a Jewish cemetery in Santo Domingo (1826)
Currently DR has two synagogues, one in Sosúa and one in Santo Domingo, localized in Sarasota Avenida # 21, better known as Israelite Center of the Dominican Republic. It was in 1957 when the first stone was placed to build the synagogue. Trujillo payed for its construction.
A first version synagogue existed on La Calle Hostos (Hostos Street), then moved to Avenida Mella (Mella Avenue) located on what is today “La Sirena” the department store.
Fortunately, everything remained in the past between 1992 and 2014 when this genocidal chapter was closed. However, the heterodox created during Inquisition times is not finished yet. Not in the new world, not in the Caribbean, not in Israel, not in Dominican Republic and not in other countries with Sephardi population. Most Sephardi in Dominican Republic do not have where to do their religious practice.
A Caribbean Zionism associated with Catholic Church, Dominican government, and the Israeli government is keeping Sephardi Jews far from more important decisions in the national life and culture. These institutions do not keep visible records of the Sephardi Jewish population in Dominican cities where there is proof that there are. For example Santiago, San Francisco de Macoris, Bani, La Vega, Barahona and Santo Domingo.
This is easy to confirm when I was exploring the foundations, structures, bibliographies, and web links of the Israeli Consulate or Synagogues in the Dominican Republic. In Israel if one visits the Dominican consulate, it is the exact situation again; no information about the Sephardi culture. Example of this omission is in areas like cousin, the music, literature, publications and film.
This is the reality of the events and consequences of the Spanish Inquisition. Now Spain recognized with passports and open door politics for exiled Sephardi descendants. However that not is enough.
My ancestor? What do I think about my ancestors? I hope to have more time to pursue further wisdom about them.
The experience in this note opens for me new possibilities. Complimenting this moment I found out about Gabriel Jackson. Born in 1921 he is from Mount Vernon, NY, the son of Walter and Julia Goldenberg and he is Jewish. Gabriel Jackson was recognized like Pedro Henríquez Ureña as a great Hispanist as well.
Bibliography
Valdez, Juan R. Palgrave Tracing Dominican Identity: The Writings of Pedro Henríquez Ureña. Print. 2011. Macmillan. Buenos Aires, Argentina
Cohen, R. Meir El Sábado y la Hajala. Print. 2000. Editorial Mesilot HaTora. Jerusalem.
Wells, Allen. Tropical Zion: General Trujillo, FDR, And The Jews Of Sosúa Print. 2009. Duke University Press Durham and London. Durham, North Carolina
Ureña, Pedro Henríquez. Historia Cultural y Literatura de la America Hispánica. Print. 2008 Editorial Verbum. Spain.
Lockard, Alfonso. Presencia Judia en Santo Domingo. Print. 1994. Editora Taller. Santo Domingo, Dominican Republic.
Deive, Carlos Estenan. Heterodoxia E Inquisicion en Santo. Domingo 1992-1822 Print. 1983. Editora Taller. Santo Domingo, Dominican Republic.
Oh!Magazine Editoria Listin Diario. Periodical. Año 1 #7, 1998
Torah Tropical NY Periodical. #1Vol #1, 2003
Web links
https://digitalcommons.bowdoin.edu/cgi/viewcontent.cgi?article=1003&context=scholars-bookshelf
http://shtetlmontreal.com/2011/04/04/los-judios-dominicanos/
http://shtetlmontreal.com/2012/11/08/cohen-tribute-live-at-bagel-etc/
http://xvreunionamericanadegenealogia.blogspot.com/2009/12/familias-judias-en-santo-domingo.html
https://www.idg.org.do/capsulas/agosto2007/agosto200711.htm
https://findmyheritage.wordpress.com/pop-culture/list-of-sephardic-jewish-surnames/
http://tokyovirtual.blogspot.com/2016/01/judios.html
http://xvreunionamericanadegenealogia.blogspot.com/2009/12/familias-judias-en-santo-domingo.html
http://xvreunionamericanadegenealogia.blogspot.com/2009/12/familias-judias-en-santo-domingo.html

Posted by Miram Ventura at 7:32 PM